During my peak weeks of feeling absolute shit, I remember saying to my Mum, “I’m sure there is something chemically wrong with my brain”. I felt really out of control of how I was feeling and it felt genuinely physiological, like I just couldn’t feel better if I tried.

This last year has been a huge learning journey in getting to know my body and the various ecological factors that contribute to rubbish psycho-emotional/mental health. In my blogs I’ve been trying to explore the societal contributors to burn out – gender, class, dynamics in our groups and movements etc. In this one, I get to express my inner science geek and highlight the ecology of feeling shit – all the biological and ecological factors that can contribute to feeling shit.

These are huge fields of research, so I’m never going to do them justice in a short blog! But here we go…
Also before we get stuck in a couple of disclaimers:

It’s not just marketing folks. Vitamins and minerals are super essential. Collapsing into my herbalist’s office, I learned I was deficient in vitamin D, A, magnesium, B6, B12, and these were all playing into my emotional volatility. An article in the Current Psychiatry Journal [1] explores mental health and vitamin deficiencies. The snazzy table shows that deficiencies in B6 and B12 can cause depression and B9 can cause ‘behavioural disorders’.

I’ve been vegan 17 years and only started taking B12 about 6 years ago, thanks to some friends starting a website about it. Ever thought a lot of people in the animal liberation movement are genuinely a bit bonkers? Research shows that B12 deficiency can cause depression, irritability, agitation, psychosis, and obsessive symptoms. Some research even indicates patients living with experiences that get called schizophrenia have decreased vitamin C levels and dysfunction of antioxidant defenses [1].

Research has shown that the most common nutritional deficiencies seen in patients with “mental disorders” [my air quotes] are of omega 3 fatty acids, B vitamins, minerals, and amino acids that are precursors to neurotransmitters [2]. Amino acids are super important and to be honest a vegan diet doesn’t give you the right mix easily. If these guys aren’t synthesising right, our neurotransmitters will be affected and that can generate low mood and aggression (and can actually lead to brain damage). The balance between omega 3 and omega 6 fatty acids can also be a culprit for “disturbance in neural function” [3]. This was a big thing for me when I got sick, and I’ve been trying to address this with linseed and hemp seed oil, plus algae supplements.

Deficiencies in iron are a key factor too, and can make people prone to depression. A report analysing five different studies showed that zinc, which plays a large role in protecting the brain, is found in lower levels in depressed folks. A study released in 2013 by the Journal of Clinical Nutrition analysed more than 18000 people in the UK and shows that vitamin D deficiencies were consistently present in people suffering from depression and panic disorders.

Obviously, things are aggravated e.g. if you’re depressed you’re way less likely to spend quality time outside etc. And obviously, depression and other mental health issues cannot be divorced from oppression and poverty. However, I think it’s pretty clear that even just deficiencies in one or two nutrients can throw you out and significantly affect your mood.

Most of us don’t eat well because we’re broke. The nutrients aren’t available in our food easily because of industrial agriculture and our shit soils. We get no nutritional education and this stuff is a total minefield. I’ve taken the wrong supplements at the wrong times with the wrong things and basically made taking them pointless. Everyone is trying to sell you stuff and it feels like you need a degree in nutrition to make sense of it all. It’s a learning process, and a year in, I feel like I can actually notice in myself when I’m deficient in things or what I need.

So there is this whole incredible field now exploring how our guts affect our psycho-emotional health. An article in the Scientific American summarises where we’re at in understanding these connections (sorry there are a couple of grim references to animal testing in it):

“Scientists are increasingly convinced that the vast assemblage of microfauna in our intestines may have a major impact on our state of mind. The gut-brain axis seems to be bidirectional—the brain acts on gastrointestinal and immune functions that help to shape the gut’s microbial makeup, and gut microbes make neuroactive compounds, including neurotransmitters and metabolites that also act on the brain. These interactions could occur in various ways: microbial compounds communicate via the vagus nerve, which connects the brain and the digestive tract, and microbially derived metabolites interact with the immune system, which maintains its own communication with the brain” [4].

In plain speak – our brain and guts are connected and influence each other and this can affect our moods.
Laura Sanders writes how “The microbiome churns out the mood-influencing neurotransmitters serotonin, norepinephrine and dopamine. Bacteria can also change how the central nervous system uses these chemicals” [5]. Most people who take anti-depressants know the importance of these neurotransmitters on their mental health, as anti-depressants trigger similar changes.

For folks with chronic gastrointestinal conditions, sometimes they are offered a fecal transplant. Studies have shown this whole new party of microbes can almost transport ‘mental disorders’ to their new hosts if the donor has this particular mix of bacteria. Most of us cultivate these populations of bacteria in our early years, but antibiotics can affect them (obviously antibiotics are super essential at times), as well as diet and medication.

In trying to get myself well, I took probiotics and got addicted to coconut yogurt in an attempt to support my mental health. I know from my intense lifestyle that involves lots of stress, touring and unpredictable meals that the least I can do is keep the healthy populations of bacteria alive and kicking the best I can.  This study references the benefits of probiotics [6].

It’s well known that some infections are capable of producing changes in our mental health or contributing to mental illness, including Lyme disease, tapeworms, urinary tract infections, streptococcal infections and more.

What many people don’t know is that parasites can also affect our behaviour. I picked up one of these bad boys after swimming in a lake, and it wasn’t fun. There is a funny Vice interview with a Czech researcher about parasites [7]. It kicked off on the internet that cat parasites were to blame for everything bad in the world, but in reality, it is definitely not so simple. New research debunks it in fact [8]. However, research does show that parasites can significantly affect their hosts and humans aren’t immune from this. So if you’re feeling shit, maybe you have one adversely affecting you?

This article in the Guardian basically writes how a growing number of scientists are suggesting that depression is a result of inflammation caused by the body’s immune system [9]. Having just spent the last months of my life trying to address the inflamed cartilage in my rib cage, I can attest that the physical pain obviously made me feel shit – but the inflammatory process itself no doubt contributed to my psycho-emotional health and perhaps can explain why I’ve been feeling a million times better emotionally since addressing this chronic inflammation.

An article in the New York Times stated how severe allergies can bring sleeplessness, headaches, fatigue and a general feeling of physical depletion, all of which can worsen mood. Studies have found that allergic reactions release compounds in the body called cytokines, which play a role in inflammation and may reduce levels of the hormone serotonin, which helps maintain feelings of well-being. And it’s well known that some common allergy medications, like corticosteroids, can cause anxiety and mood swings. They even go on to hypothesise that a rise in suicides in Spring could be attributed to potential allergy increases. I’m unsure about that but it is an incredibly interesting field.

It is also worth noting that there is a lot of material now suggesting that traumatic brain injuries can be linked to poor mental health in later life.

A paper in the American Journal of Psychiatry, the largest study yet to investigate the link, finds that even a single head injury indeed increases the risk of later psycho-emotional illness, especially if the injury occurs during adolescence [10]. A study in Copenhagen looked at people that had been admitted to hospital with brain injuries over 23 years. Their risk increased by 65 percent for experiences called schizophrenia, and 59 percent for experiences called depression. Of course the ways that statistics are gathered and interpreted can be problematic, often one causality is analysed and conclusions are drawn that could be related to other common factors in those people’s lives etc., still, it can be useful to consider a multiplicity of possible factors in our experiences and take them all into account. I’m praying that getting hit round the head with a golf club when I was 15 isn’t going to play out like this! But it’s worth thinking about how injuries might affect us. I’ve know hunt sabs who’ve experienced intense hunt violence (being punched, kicked in the head, hit with sticks etc.) almost change in personality after. They experienced varying psycho-emotional distress and behavioural changes for a number of months and years after.

And finally, it wouldn’t be worth writing about the ecology of feeling shit without commenting on the actual environments we live in. There is endless research about how landscapes can affect our mental health and how much the built environment can contribute to well-being (or lack of it).

So there you have it – there may be a whole host of reasons why you feel shit. It’s clear that everyone eating groovy fermented food while living in a white supremacist, patriarchal, capitalist system isn’t somehow gonna make life easier for people. But I do think that while we are trying to survive, resist and dismantle this shitty system, we need to aim for the strongest personal and collective health possible. 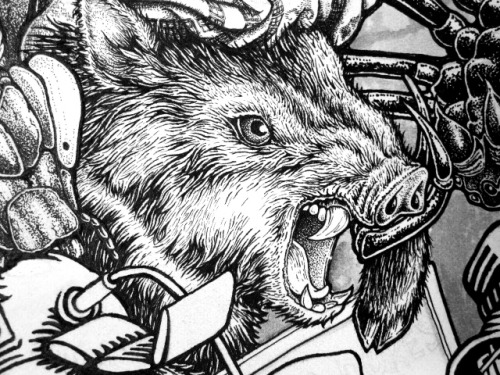 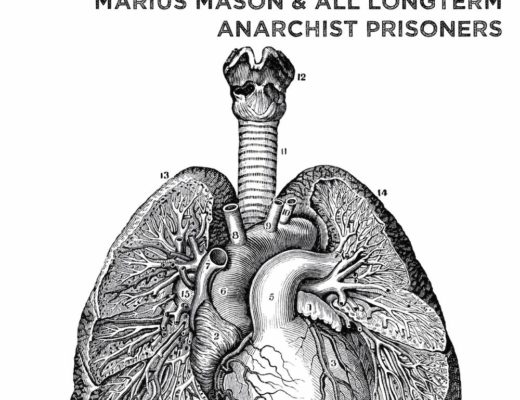