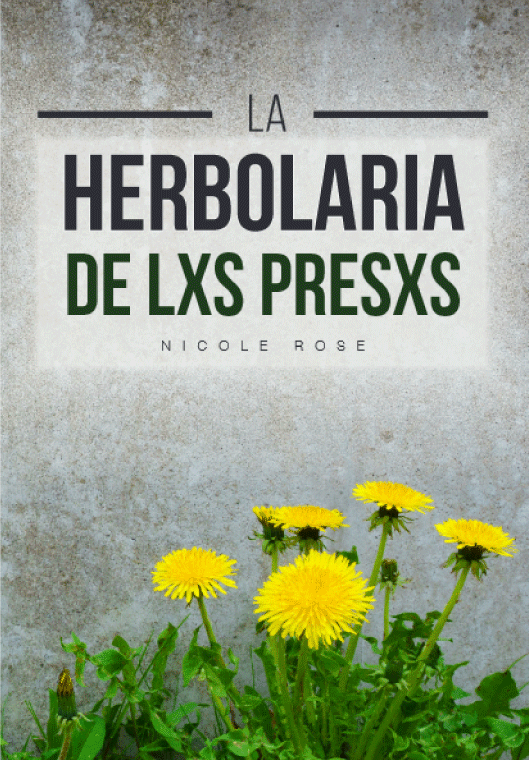 The Prisoner’s Herbal book is written for people in prison who want to learn about the medicinal properties of plants commonly found in prison courtyards. It contains ten detailed plant profiles, as well as instructions on how to prepare plant medicines in prison and more. It is based on the author’s experience of using herbs through her 3.5 year prison sentence.

Two compeñeros have translated the book into spanish – Jorge and Heather Anne from Ericaceae Herbolaria + Somática [links?? anything you’d like to add?] . We have created two editions – one for people imprisoned in the Spanish state, and the other for people incarcerated across Abya Yala, the name for the so-called Americas used by millions of Indigenous peoples across the content.

Prisoners all over the world commonly experience medical neglect and a dehumanising separation from wild places. However, weeds come up through the concrete cracks. This book contains detailed profiles of ten plants that are commonly found in prison yards with suggestions on how to prepare medicines in prison with limited resources.

It also includes tips and tricks for making the most out of foods, spices and condiments available from the prison canteen (commissary), as well as sections on how to connect with plant allies emotionally and how to care for wounds in a prison environment.

For readers on the outside, it provides practical advice about how to work with common weeds in simple and direct ways and will inspire solidarity across the walls.

More than 3000 copies of the English version of the book has been distributed to prisoners across England, Wales and Scotland and the so-called United States. Making this work happen is the Prisoners Herbalism Collective, a grassroots group of people who love plants and hate prisons.

Why does this book matter?

The situation of prisons in Mexico, its borders & beyond

Prisons in the Spanish State

Like all countries, prison conditions are dire. More than 55,110 people are behind bars and 62 people took their lives in 2020. Isolation, physical force, and mechanical confinement are all used profusely. Political prisoners are commonly tortured. Racist migrant detention centres run on degrading and inhumane treatment and there is ever-increasing violence and overcrowding. Prisoner labour is exploited to maintain the prison system and to make money for private companies. Dispersement policies of the State separate families – people travel thousands of kilometres to spend one hour speaking to their loved one through plastic glass.

How to request & order copies

How to support the Project

Get involved in distributing the books to prisoners. Please contact:

Where to send entries: