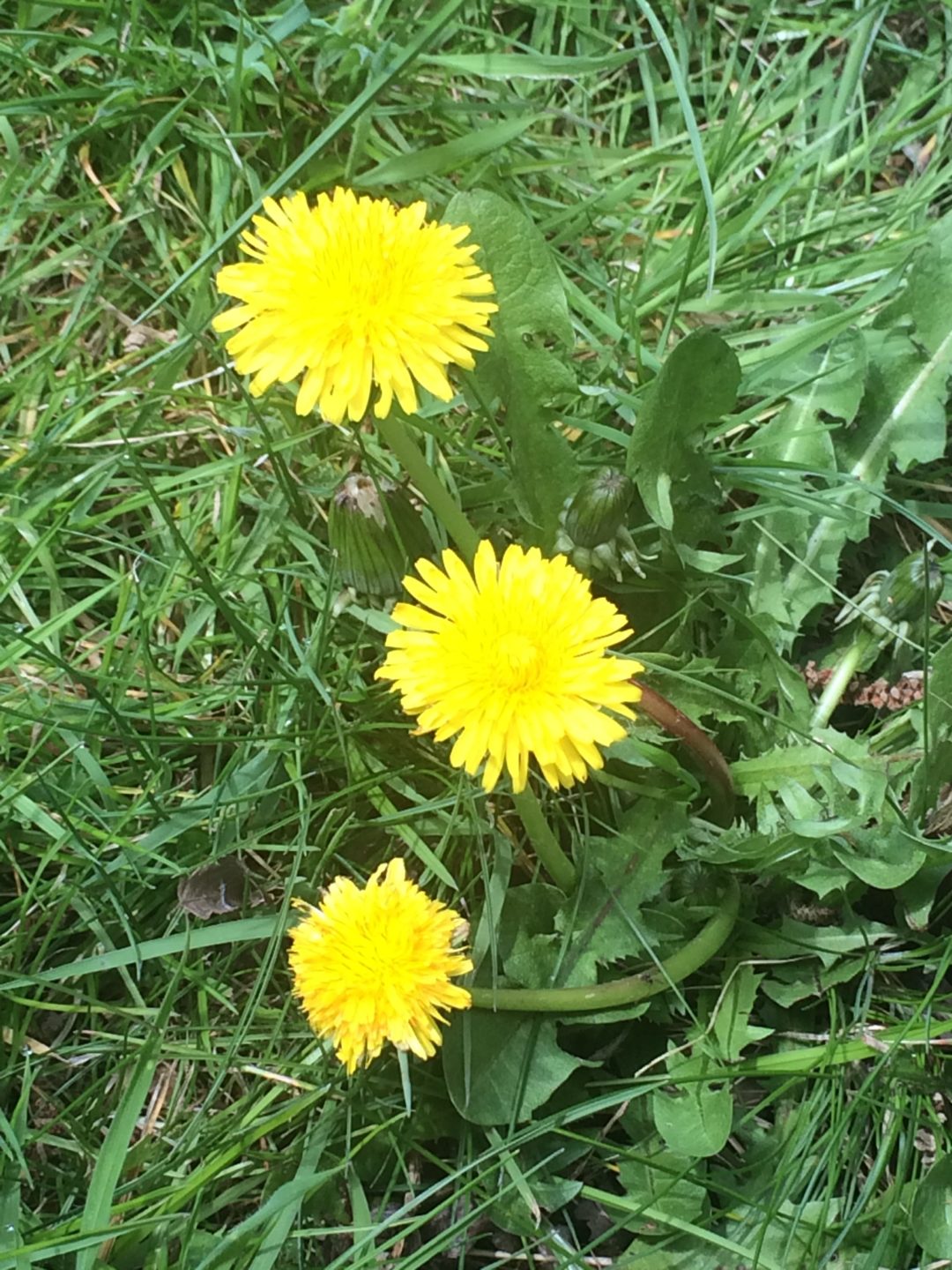 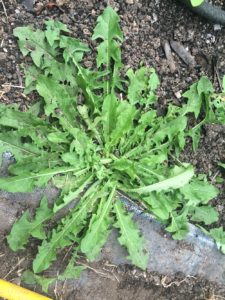 Identification: Dandelions generally don’t need an introduction! Most folks will recognise the yellow flowers and toothed leaves. However, dandelion can be easily mistaken for Cat’s ear (Hypochaeris radicata) also known as ‘false dandelion’. You can tell the difference because Cat’s ear’s stems are solid (unlike dandelions) and the leaves are hairier and deeply lobed.

Other species: There are more than 200 species of dandelion, all are useful. Other common species are T. magellanicum, T. mongolicum, and Leontodon taraxacum.

Taraxacum is derived from the greek “taraxos” meaning disorder and “akos” meaning remedy. In French, dandelion is ‘dent de leon’ or the teeth of a lion. It’s glorious yellow flowers remind us of the sun. In terms of astroherbology, the herb can be associated with Leo (the lion), Jupiter and the Sun (2). In Chinese, the translated name reads as ‘yellow-flowered-earth-nail’ (3).

Dandelion is a foragers friend because its spring leaves are delicious, and its flowers can be eaten year round. The roots (best harvested in spring or autumn) are also quite delicious fried up. The plant is high in iron, manganese, phosphorous, protein, sodium and vitamin A in the form of carotenes (4). The roots are also an excellent source of inulin. The roots can be stir-fried, added to soup, made into dips, cooked with potatoes and more. Its rich minerals are best extracted into vinegar which can then be added to foods such as salad dressings. It’s well known for dandelion coffee too made from its roasted roots. Up in the north of England, the traditional drink of dandelion and burdock is still made. Dandelion flowers have also been used to make beers and wines. 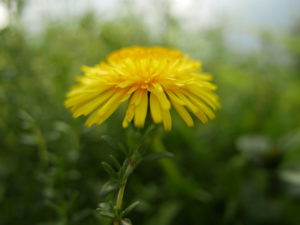 Dandelion is an all-season bee food. Bumblebees, solitary bees and honeybees all visit dandelions for food, along with hoverflies, beetles, and butterflies such as the peacock and holly blue. Goldfinches and house sparrows eat the seed (5). The leaves are eaten by many animals, especially rabbits. In terms of soil, dandelions can often indicate compaction, which their roots can often be trying to address through creating more passageways for air and water. Soils with a large dandelion presence are also going to indicate a more bacterial, rather than fungal environment.

Any herbal textbook will write how dandelions are said to originate from Eurasia but have spread worldwide through human movement and colonisation. However, indigenous scholar Valerie Goodness, who is of Tsalagi and Ojibwe heritage writes how stories about dandelions have been told by Native Peoples of Turtle Island for thousands of years(6). As part of decolonising our plant knowledge, it’s important to note how certain stories about plants get reproduced because traditional ecological knowledge is so unvalued in settler colonialism.

Cultivation: Most people won’t need to cultivate dandelions because they appear, everywhere. However, for folks who do want to grow them more at a field scale, they can be grown from transplants or sown directly in early spring or late autumn. Growers, Jeff and Melanie Carpenter write how within a single bed they triple plant rows of dandelion with 14” spacing between the rows (7). They are super resilient and grow in many climates and conditions, however, they will be very happy indeed with good fertility, adequate moisture and good sun. 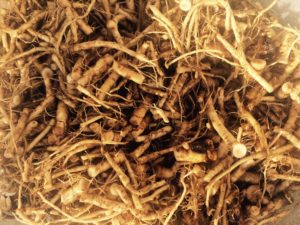 Supporting the digestive system: Dandelion is known as a bitter. These are used in herbalism to aid digestion. Herbalists Julie and Mathew Seal describe how the bitter tastes stimulate the secretion of digestive fluids, including stomach acid, bile and pancreatic juices. Dandelion promotes the appetite and is useful for those who have been ill or have lost their enthusiasm for food in advanced age (3). Dandelion can be taken before and after meals to aid digestion. It’s useful for constipation, gas, and indigestion. Herbalist Mark Pedersen describes how dandelion contains inulin and mucilage which sooth the digestive tract, absorb toxins from ingested food and regulate the colonies of intestinal bacteria which produce toxins intended to kill other bacteria. That is, they help friendly flora and inhibit unfriendly bacteria (4).

Liver support: Dandelion is a supreme ally for liver health. Herbalist Kami McBride describes dandelion’s actions on the liver really clearly: “It stimulates the flow of bile, which breaks down cholesterol and fat. Dandelion nurtures the liver in its assimilation and storage of vitamins, minerals and sugars. It improves blood filtration to remove old cells and harmful bacteria and helps maintain a healthy hormone balance. Liver health also plays an important role in regulating blood sugar and excreting accumulated waste. We are endowed with a liver that performs a thousand functions. It is just plain courteous to eat some herbs to reciprocate all the liver does to make us happy” (9)

As a diuretic: Despite being associated for bed wetting, dandelion actually strengthens the urinary system. Unlike many diuretics (any substance that promotes diuresis, the increased production of urine.), which contribute to a loss of potassium, dandelion does not cause this imbalance and can, therefore, be more safely used long-term. Its diuretic actions can support folks with swollen ankles, fluid retention and high blood pressure. This action also supports the elderly with shortness of breath. 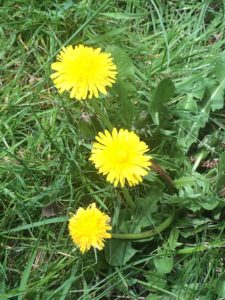 Supporting muscles and joints: An infused oil of dandelion flowers can support muscle tension, as well as cold and stiff joints when applied topically on the skin. Dandelion also has the ability to aid the removal of uric acid from the body making it good for treating gout and joint disease. It can, therefore, aid rheumatism, arthritis and other connective tissue conditions when toxicity needs to be moved. The bitter flavonoids in dandelion relieve muscle spasms and reduce inflammation (4).

Supporting the skin: Dandelion sap (from inside the stems) can be applied directly to worts, stings and blisters. Please note some folks react to the latex in the sap.

Pre-menstrual symptoms: For folks who menstruate and who can often feel those feelings of extreme frustration/anger/upset, dandelion can really help ‘cool’ you down. It can also help with water retention and release pelvic congestion. Eating a few dandelion flowers can also help relieve a headache.

Dandelion and the Solidarity Apothecary

I give dandelion root tincture to many folks going through chronic stress such as state repression as a nutritive ally. For a lot of people, they can feel intense anger and rage at injustice, as well as feeling frustrated and trapped because of bail or license conditions from prison. These feelings can all affect the liver. Folks experiencing long-term stress may also have many digestive symptoms, such as a loss of appetite or constipation, hence why dandelion can be a powerful support. Muscle tension is also common and I plan to make more dandelion flower oil in the future.

For people recovering from prison, their bodies will no doubt be trying to detoxify from not only the stress but also the heavily industrialised and processed foods, toxic cleaning products and other potentially contaminated materials in the prison landscape. Emotionally, dandelion is an amazing ally for prisoners because it’s one plant that concrete just can’t successfully kill and in that case, it inspires resistance and hope. I know this from first-hand experience. 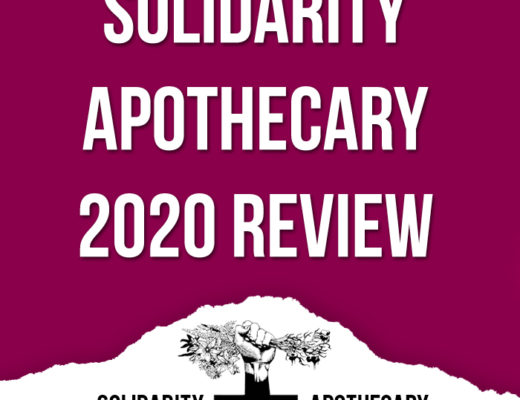 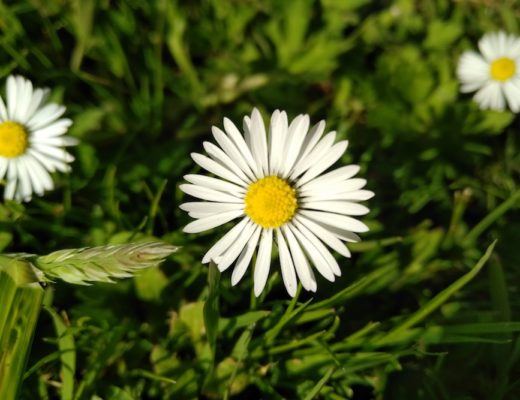 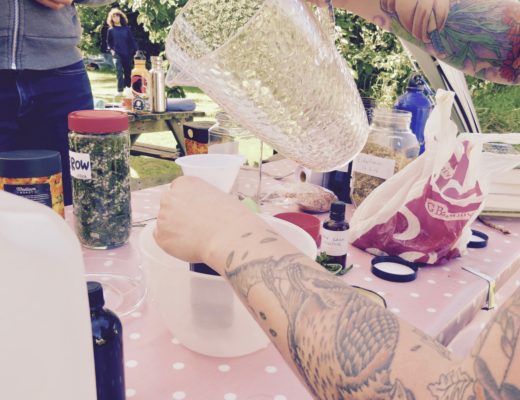